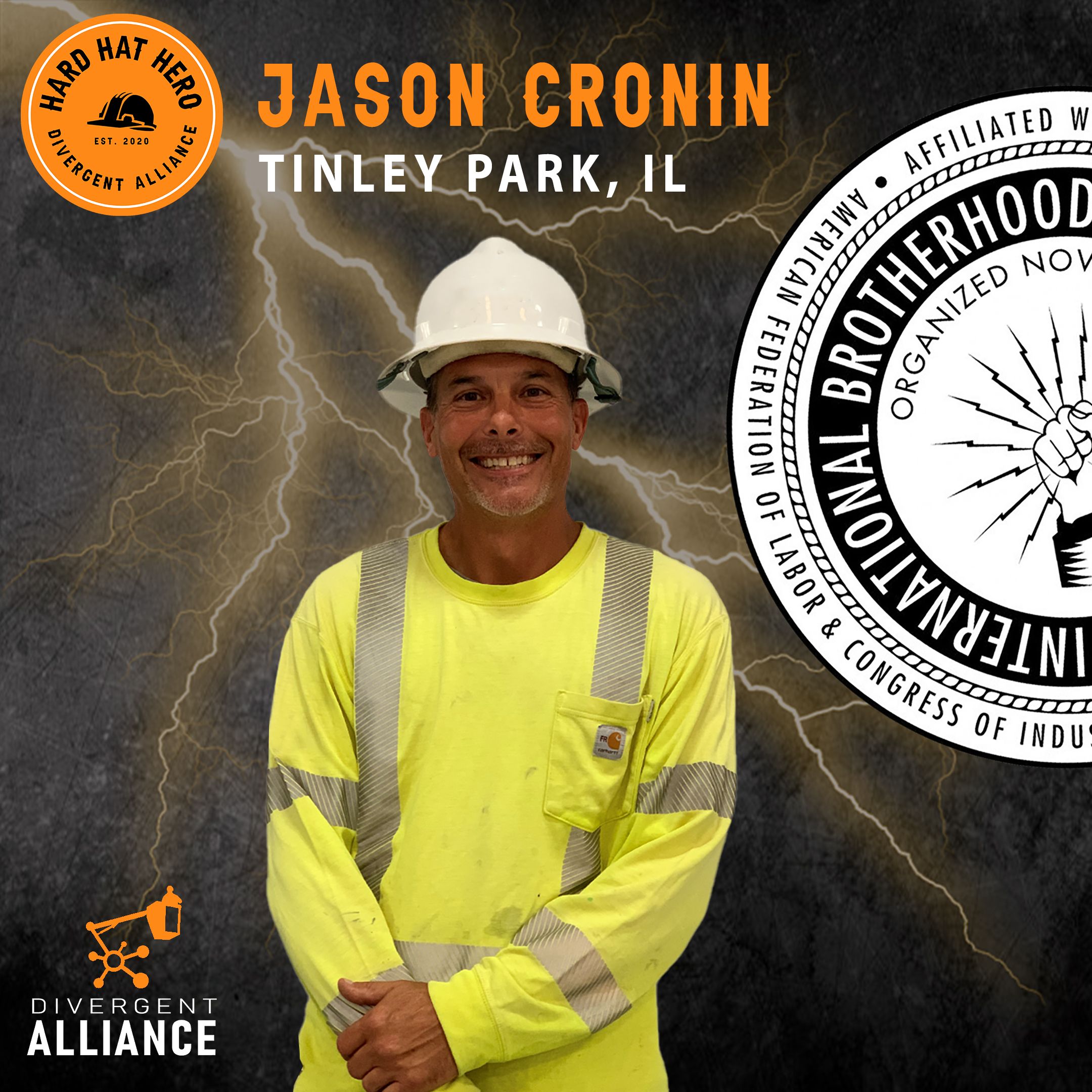 Jason Cronin is a Lineman for local 9. He specializes in distribution underground and street lighting, cable splicing. Before becoming a lineman, he was a machinist for two years. Jason’s favorite part of being a lineman is the freedom of working outdoors and meeting different people. Another great part of the trade is the community that you are a part of and seeing people grow in the industry whether they start their own company or create an innovative product. Jason is passionate about restoring power to communities in need after disasters leave towns devastated. Being able to provide people with power after being without electricity for days is a great feeling knowing that you helped in a small way to make their city feel a little more normal again. Divergent Alliance appreciates the work you do, thank you for being a Hard Hat Hero!