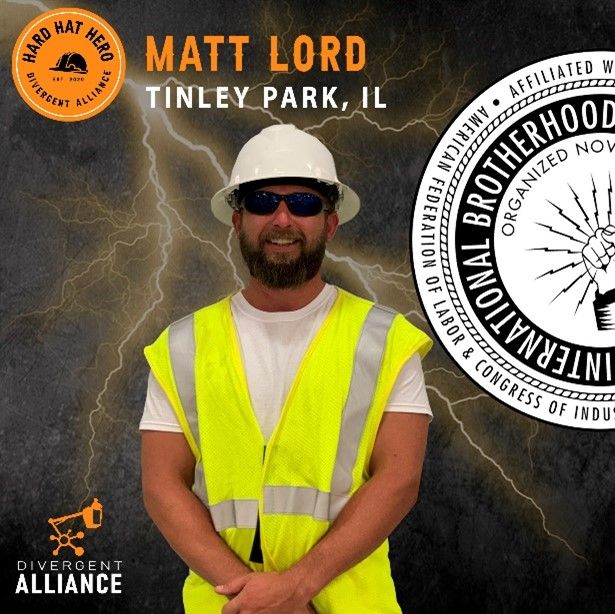 Hard Hat Hero Matt Lord is a lineman for local 9 based out of Tinely Park, IL. Matt became a lineman at 19 with the encouragement of a family friend. Lord’s favorite part of being a lineman is traveling to different states to aid during natural disasters. After hurricane Laura Matt was working with his crew to restore power in Westlake, Louisiana, located in the devastated Lake Charles metropolitan area, this is where Matt found a very disheveled dog which he named Swampy. Swampy went missing after his family’s home was destroyed in the storm. Matt was able to find and return Swampy back to his owners where he learned Swampy’s name is actually Striker. Matt was sad he had to say goodbye to his new friend, but he was happy he could help. Matt states, “It’s one of the best things about this job, being able to help out.” Divergent Alliance appreciates the work you do, thank you for being a Hard Hat Hero! 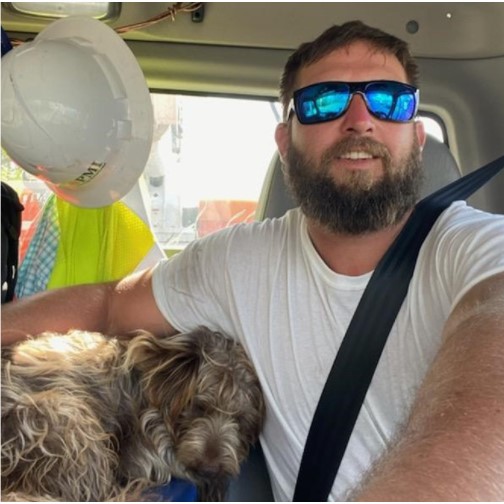